Not Everything You Read Is True

After reading the assertion “the Hi-Lift can be used as a winch” so many times, I had come to think it was true; this, despite all of the evidence to the contrary. My repeated attempts at such use had been dismal failures. During one day’s wheeling, I became stuck and I had to make do with the tools I had on hand for my release. It was that day in North Idaho I realized that a Hi-Lift is an excellent winch, if you make one small addition.

I had six tools along in my Jeep with which to gain my freedom. They were: the aforementioned Hi-Lift, two tow straps, a length of chain with two threaded links, a cheap come-along, and 100’ of X line synthetic recovery line. 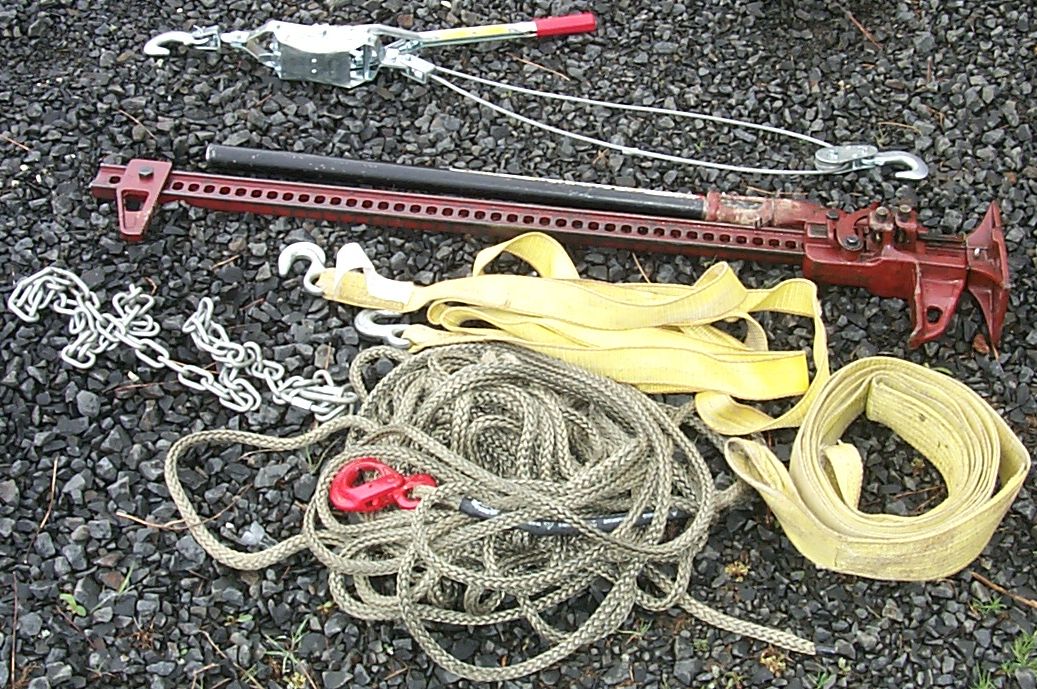 Once I was stuck, I tried to follow the rule “never pull on suspension components or axles” by hooking the small tow strap into a slot on the frame and hooking it to the Hi-Lift and trying to pull the Jeep out of trouble. This earned me a torn frame: 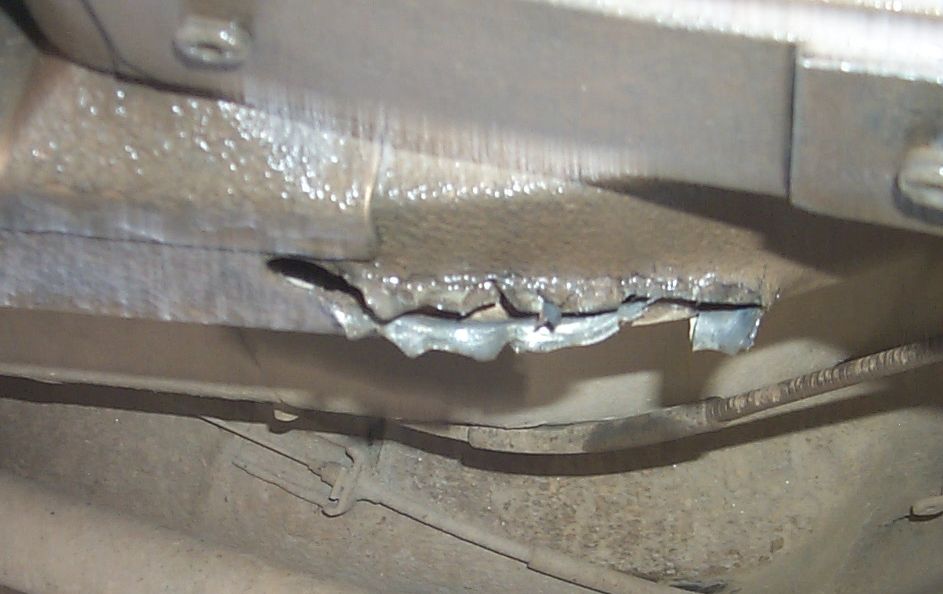 I then tried to route the tow strap through the bumper. This merely tore the bumper and tore up my tow strap: 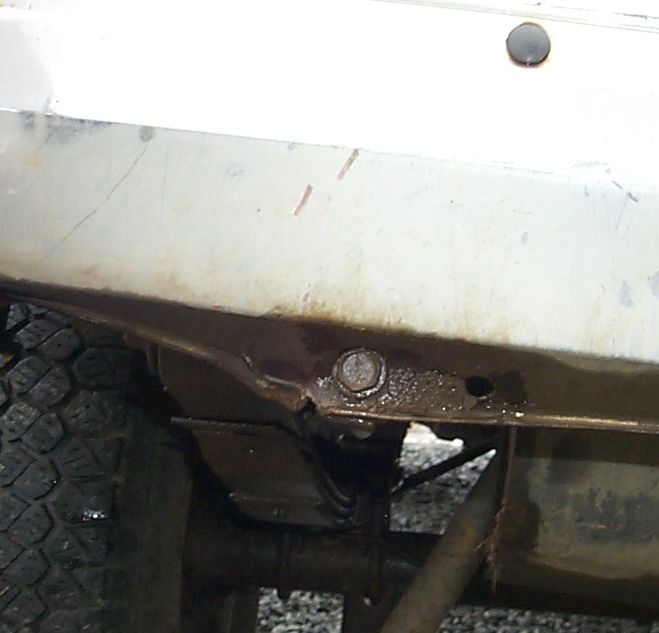 It was getting dark, and I needed to get home. I was woefully underprepared (no water, no food, nobody knew I was wheeling, alone). It was time to get serious.

I had rigged everything up leaving only the come-along to the side. What could this poor tool be used for? I realized what I was spending my time on was setting up the lines, tensioning them with the Hi-Lift, and getting the remaining 6” of travel out of the winch action. I then had to re-set the parking brake, release the Hi-Lift, and re-set the lines. This was going nowhere, fast. So I decided to use the come-along. This is, from pumpkin to tree, the rigging: towstrap over pumpkin to Hi-Lift to X Line to come-along to chain to tow strap around dead tree. Here is the tow strap over the pumpkin: 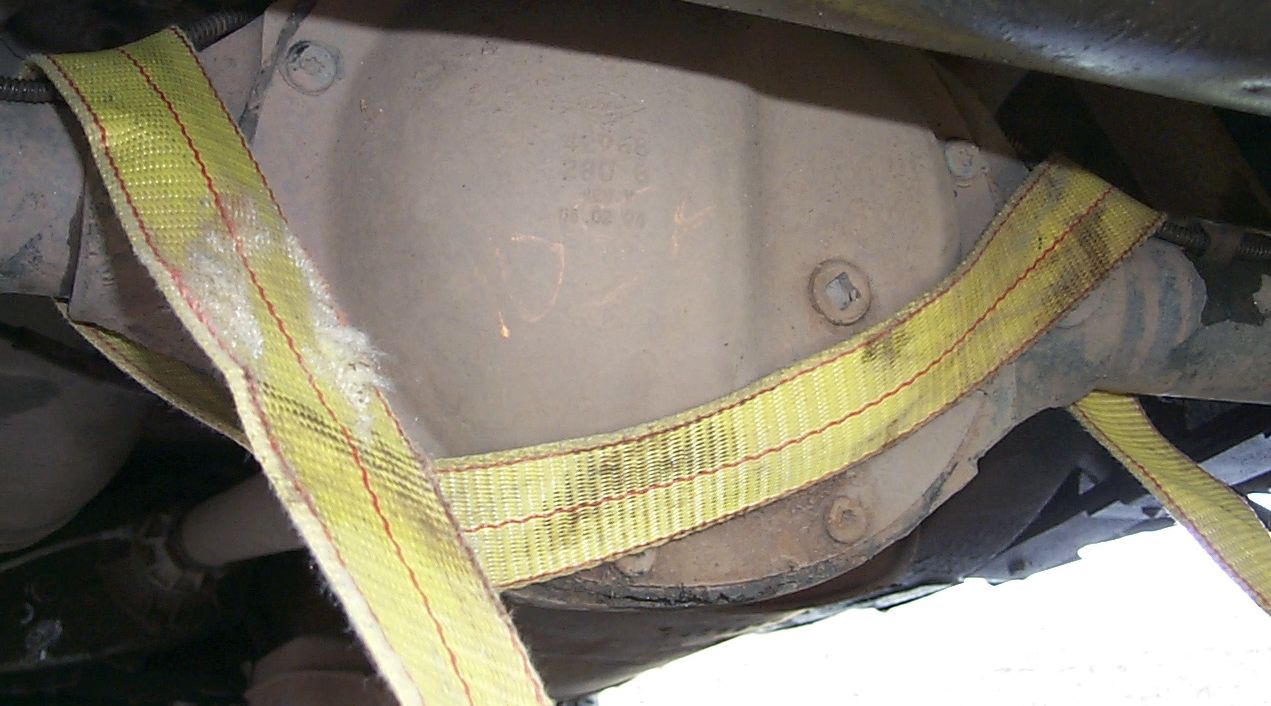 My key to fast hand winching was realizing I had two tools with opposite feature sets: a high-travel, low-leverage come-along and a high-leverage low-travel Hi-Lift . By using the high-travel tool to tension the rigging, I was able to make the best use of the high-leverage tool. This made life much easier; I was able to move the Jeep about 10 feet in an hour. If you have ever used a Hi-Lift, you know it’s not like a hydraulic jack in that you can feel the load. The more weight you’re lifting, the more you feel it. When I was starting with the Hi-Lift laying on the ground, I would crank off the first 24-30” not feeling anything, then another 6” of moderate load as the rigging raised into the air, and then some hefty load for the last bit of winching. After using the high-travel tool to tension the rigging, the high-leverage tool was so loaded that I could barely more the handle for each click. But each click meant the Jeep moved an inch! Much less wasted effort. Here are two shots, before and after; slack, and tensioned. 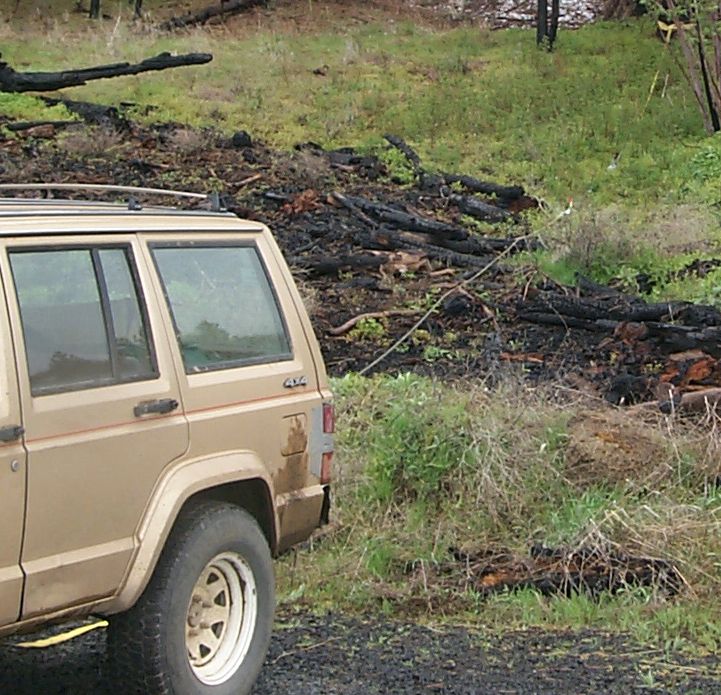 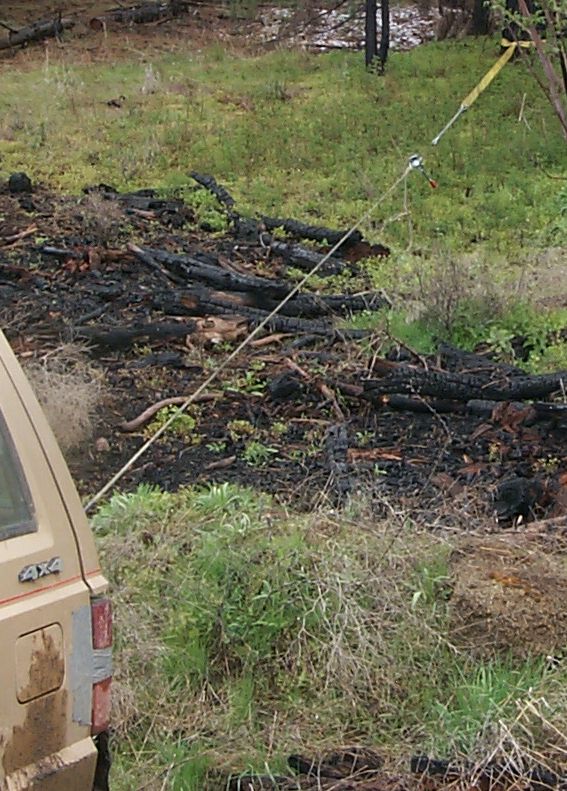 Here is the Hi-Lift without tension, and with:

I had a full four feet of winching per rigging setup! Total boon! You’ll notice I said I ruined my X Line, and I did. I used this product in a way you’re not supposed to, and hashed it. The day I set up this rigging to take the pictures for this webpage, I made a bad thing worse and broke the nice red clip on the end. Dammit. $300 down the tubes. What I did was to tie some half-hitch knots in the line to give me something to pull against. Oops!

[03:08:14] <RyJones> not having had a camera when I was stuck, and wishing to illustrate the method of winching, I set up the Jeep with the rigging I used to free it in order to take pictures.