The day after the event in Hong Kong, I went with two attendees on an ill-planned hike of the Dragon Back trail. This is certainly not something I could have done two years ago. Looking at the pace, it was not a great effort:

However, if you look at a recording, you’ll see why. Graveyards in Hong Kong are almost vertical – those sections of the hike were fairly challenging. The stairs are worn from centuries of use, covered in moss, and it was raining.

If you compare the track we took to the canonical trail, you’ll see we only really intersected it for the last little bit. There was a decision point right before the purple arrow starts where we decided to press on; that was right when we walked around the “trail closed” signs. Someone had bushwhacked a trail and marked it with strips of cloth; thanks! The purple part of the trail was literal hands-and-knees crawling up a muddy slope. Handholds were mostly tree roots at that point. When we got done with that, the end of the purple arrow to the light blue arrow was mostly uphill but it was in dense bamboo, so we made fairly good time.

When we intersected the trail, there was a sign that said 2km 1.5 hours in each direction. We went north because there was a bus stop at the bottom of the hill there; the sun was going to set in under 45 minutes at that point and a tropical storm had opened on us. The trail was fairly easy; we made it to the road with plenty of visibility from street lights.

All of the bus stops were closed due to relocation. We walked the down the road, realized we had passed the turn off into town a bit ago, and decided to cut through the cemetery again. The stairs and handrails were of recent construction and in good shape, so it was much easier and safer to go downhill.

On the way to the hike, I’d taken 8 350ml water bottles, a 2l water bottle, and happened to find a GNC where I bought two dozen protein bars. What I did not bring, and left safely at the hotel, was a headlamp.

It was nice to get a small walk in, though. Several days I hit 10 miles walking around Hong Kong. For all the hills, it’s very nice to walk around. 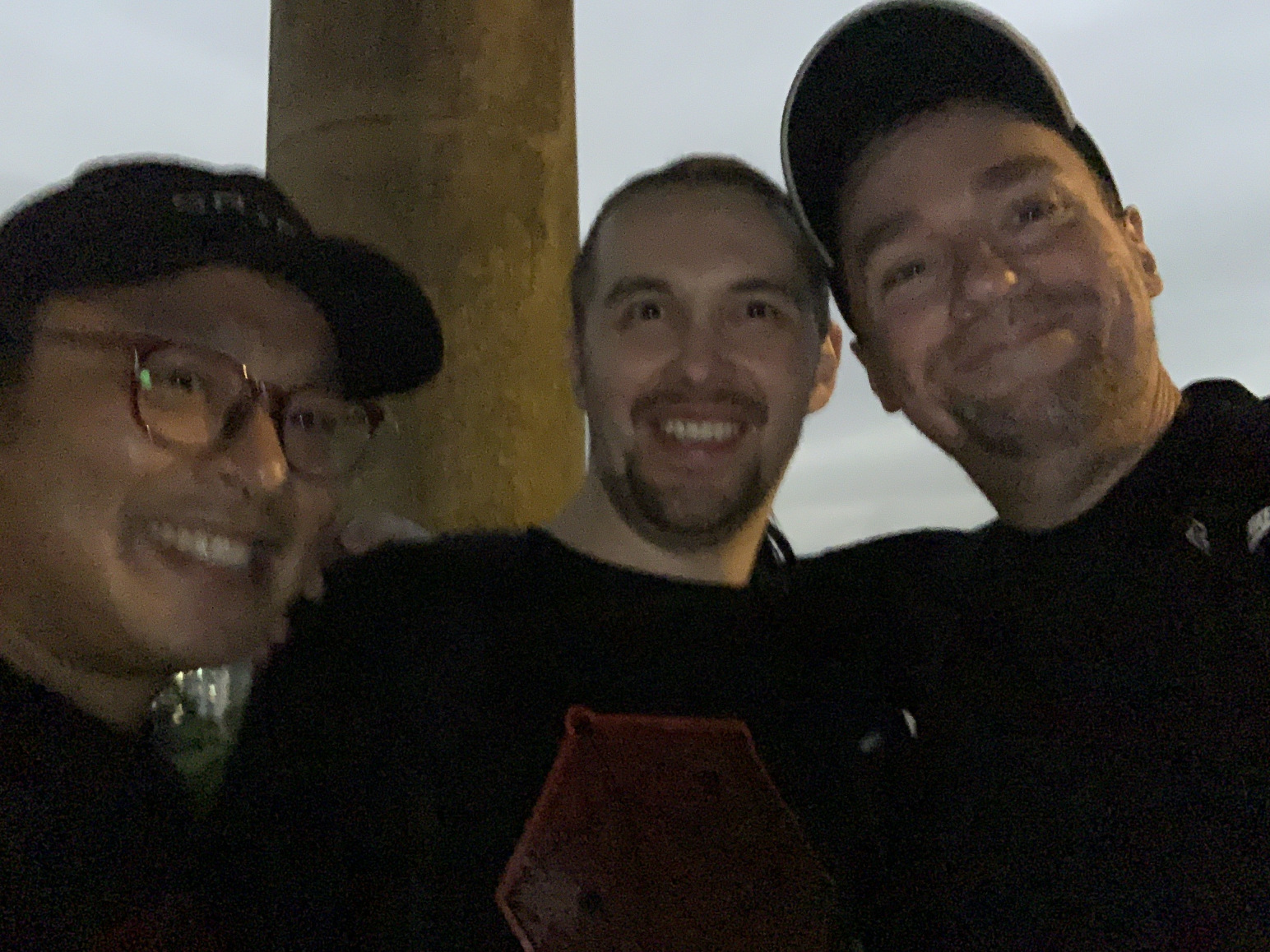 Thanks Peter and Vadim for a memorable hike!